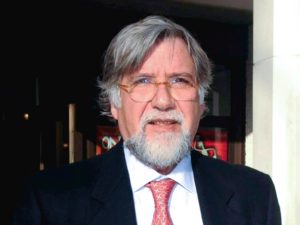 Born in Catania on 11th October 1944, he was mainly responsible for the notable growth of Italian volleyball in his highly-successful and innovative role, initially, as Coach of the Italian National Volleyball Team and, subsequently, as Technical Director of the Italian Federation FIPAV for a decade until 1988, a position which allowed him to influence the culture of world volleyball. At club-level, he won his first championship with Paoletti Catania in 1978, the first won by a team from southern Italy at the time and with the National Team he won the stunning Silver Medal at the 1978 World Championship. Furthermore, he participated in the Moscow Olympics as Coach of the National Team and in Los Angeles and Seoul as Technical Director, as well as in numerous World Championships- with his country’s National Teams, from the Youth Team to guiding the Senior Team to the Gold Medal of the First European Veteran Championship in Loutraki (Greece) in 2010.

He has amassed vast experience as a coach and teacher from his relevant positions around the world (among others, with the Egyptian National Team 1994-1996). He taught Theory of Movement and Sports Games at the University of Tor Vergata – Rome and has published numerous scientific articles on training as well as elaborated various theories on the topic during his research carried out with his friend, Professor Carmelo Bosco.

Among others, he wrote and published “Dentro il Movimiento”, “Sillabario motorio”, “L’Alfabeto del movimiento”, “Fase esspresivo analógica”, all fundamental works still used by scholars and enthusiasts of volleyball and in general sports initiation.

He created the “Symbolic Analogic Method”, based on a didactic theory of surprising impact and effectiveness, whose contents were published in the book “Il Minivoley”.

His latest publication was “Dentro il Movimimiento 2”, a research carried out at the request of FIPAV, which confirmed the negative impact of minivoley as an activity in 21st century children.